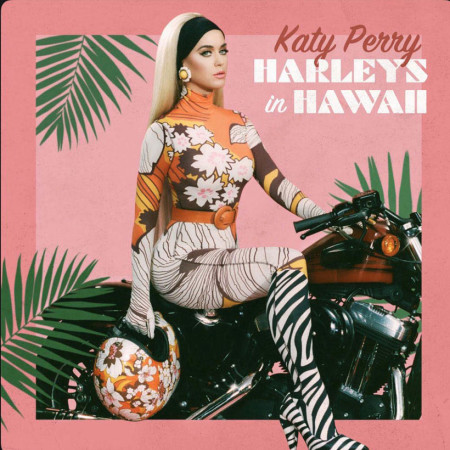 Katy Perry has released her new song “Harleys in Hawaii.” Perry co-wrote the song with Charlie Puth, Johan Carlsson and Jacob Kasher, all of whom also worked with her on recent single “Small Talk.”

Directed by Barcelona-based studio Manson, the music video lives up to the song title as Perry rides a Harley on a Hawaiian highway, stopping along the way to sing karaoke at a tiki bar or sit along the shoreline and gaze out at the Pacific.

“Harleys in Hawaii” is Perry’s third single as lead artist this year.